The series motor responds to increased load by slowing […] 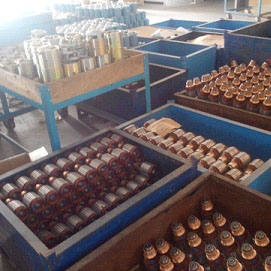 The series wound DC motor's most notable characteristic is that it is almost entirely dependent on the torque required to drive the load. This suits large inertial loads as motor accelerates from maximum torque, torque reducing gradually as load increases.

As the series motor's speed can be dangerously high, series motors are often geared or direct-connected to the load.